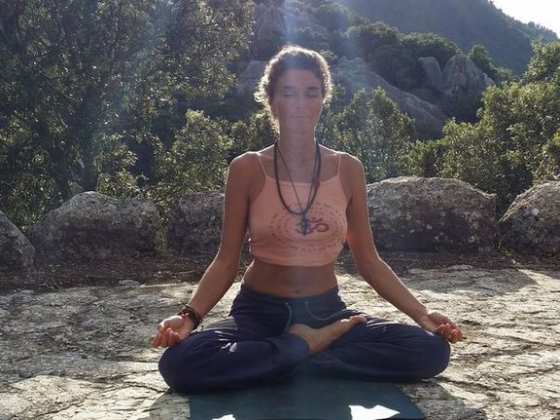 Ind i mellem er eventyr gode til at formidle budskaber…

Once upon a time there was a man in the middle east, he was a merchant. When he was an young man he had two biggest desires in his life. One was to understand the world of spirituality and learn deeper spiritual truths and another was to make lots of money. He was born poor and had lots of trouble because of that in his childhood, so he naturally grew wanting to have more money.

So he thought ‘Let me go back on my spiritual journey and see what I can achieve there’. He called his children and told them ‘I want you to take care of all the family matters and business from now on, I will take some of the money and go to a place near Oasis and build a small house and live in solitude and gain spiritual wisdom’

So he found a suitable place and built a house there, he moved all the spiritual books he had collected over the years in his library to his new house. He did not know any cooking, so he thought of hiring a cook. A villager came to him and said “I’m a good cook, please hire me as your cook, I will only ask of food as my salary”.

“Alright, fine, but please make sure you do not disturb me, I’m here to focus on my spiritual quest” said the Merchant.

He went on looking for teachers in the deserts, he met many teachers but he was not satisfied. One day he saw a man whom he thought was very much according to his image of a teacher. With big beard, long robe, rosary beads and a serious face the man looked very much like what the Merchant had imagined for a teacher.

He bowed down to this holy man and prayed “O great one, please take me as your disciple”

The holy man said “I have never had a student before, I will have to ask my teacher’s permission if I have to take you as a student”

“Then please ask him for his permission, O great Sir” said the Merchant.

“O, but it will take many days for you alone to search him, Please allow me to assist you in searching him” begged the Merchant.

“How does he look, O sir?” asked the Merchant.

“Well, he is a short and slim body, he generally does not wear upper garments on his body and he is a good cook” said the holy man.

“Would you please describe him again, O sir” asked the surprised merchant.

The holy man described his master in more detail.

“Will you please come to my house? it sounds like my cook” said the merchant.

They both walked to his house and entered the living room, the kitchen door opened and the cook came out with his towel on his shoulder. The holy man with long beard fell on the floor and prostrated in front of the cook.

“Master, where were you all this time?” asked the holy man.

“I was cooking for this man” replied the cook.

“But this man is still looking for a teacher” said the holy man.

“Yes, it took me seven years to make him realize he needed a teacher” said the cook with a laugh.

“So now what?” asked the holy man

“Now you teach him, I have other work to do” said the great master (the cook) and walked away.